16th August 2012, London: During the London 2012 Olympics, Rio Negocios, the business investment and facilitation agency for the city of Rio de Janeiro has been hosting a number of events in London to showcase the opportunities available to investors in this exciting city. On Friday 10th August 2012 an event was held at Somerset House, the home of Casa Brasil, to discuss with prospective business investors how to ‘win in Rio de Janeiro’.

With both the FIFA World Cup 2014 and the Olympic and Paralympic Games in 2016, the opportunities for business investment in Rio are substantial. The panel examined why Rio has become such an attractive destination in the last 3-5 years and what it takes for foreign companies to succeed in this market.

With enormous investment going in to the city’s infrastructure to ensure it is ready for both events as well as a huge internal consumer market, Rio will be a destination for businesses long after the Games have ended.

The panel was in agreement of the importance of selecting the right advisory partners to support a move to Rio. Understanding where a new business fits in to the wider investment landscape is key as well as being able to define a business plan for the longer term. It was also seen as important to build a brand presence quickly whilst communicating clearly any differentiators that would be of interest to the local market.

Whilst much of the discussion focused on the tangible aspects that hosting the Games would bring to the city, it was also pointed out that softer benefits such as a sense of pride and new found confidence were also extremely beneficial to a city hoping to compete and win on a global business stage.

“The three questions we get time and again are, how much will it cost to set up in Rio, where should we locate and who should we talk to. All of these questions are what Rio Negocios exists to answer.” Marcelo Haddad, Executive Director, Rio Negocios

“In the EIU’s own research into Brazil we found that Rio scored at least double the national average on key performance benchmarks and in particular for its support structure for foreign investment in which it scored a perfect 100.” Fiona Mackie, Latin America Editor, Economist Intelligence Unit

“Rio has large banks which can provide capital investment and can offer lines of credit to FDIs. Brazil is receiving almost $50bn per year in investment at the moment and this is continuing to grow. Just because of 2016 games, GDP in Rio is expected to grow by 0.5% this year and next year it’s predicted at 4%.” Candido Leonelli; Executive Director of Bradesco Bank

“We are very positive about long term development in Rio. New infrastructure will only attract more FDI. The new airport link is perfect for us and will make visiting Rio and doing business there easier. We see Rio as one of best performing locations in Brazil.” Christian Schindler, General Manager UK & Ireland, Lufthansa German Airlines

“E&Y did a survey on how people think Brazil will look in 2020. They said Brazil would be a leader in the energy sector, substantially improved infrastructure and a leading green economy. Rio will be central to all three of these areas and is therefore the perfect place to invest.” Jorge Meneghassi, CEO, Ernst & Young Brazil

Key facts about ‘Winning in Rio’

Eyes of the world are on the city 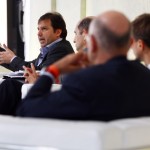 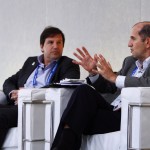 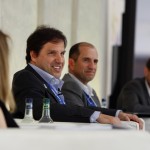 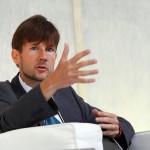 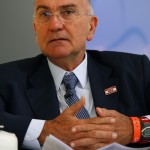 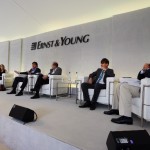 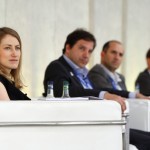 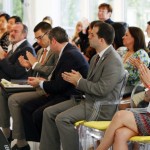