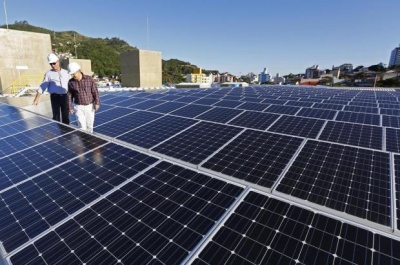 A study conducted by the Swiss bank Julius Baer pointed out that solar energy has become economically competitive on a global scale for the first time in history, thanks to a 60% price drop in equipments throughout the past three years. With that, global solar energy costs should go from, in average, US$ 2,50 per watt to US$ 1,50 per watt in 2020, placing solar energy in a position to compete with conventional sources soon.

According to Norbert Rücker, commodities analyst for the bank, the demand for renewable energy should increase especially in emerging countries. He calculates that the solar and wind-power energy industries worldwide can be evaluated at US$ 100 billion each, taking into account wind farms and solar energy projects sold year-by-year. Since they are projects with long term returns and safe cash flow generation, the analyst sees attractiveness for international investors. “There are stimuli, of course, I think it’s a matter of time before it happens in a few years”, says Rücker.

In Brazil, wind power has been consolidating since 2009. Since then, when the first auction of the power source took place, the country has contracted approximately  16.600 megawatts (MW) in auctions, with 7.800 MW already in operation. In 2015 alone, the installed capabilities of wind farms has increased by 56,9%. When it comes to solar energy, the first successful auction took place in late 2014, and another two in 2015. In total, over 3.200 megawatts-peak (MWp) were contracted, with investments of over R$ 13 billion.