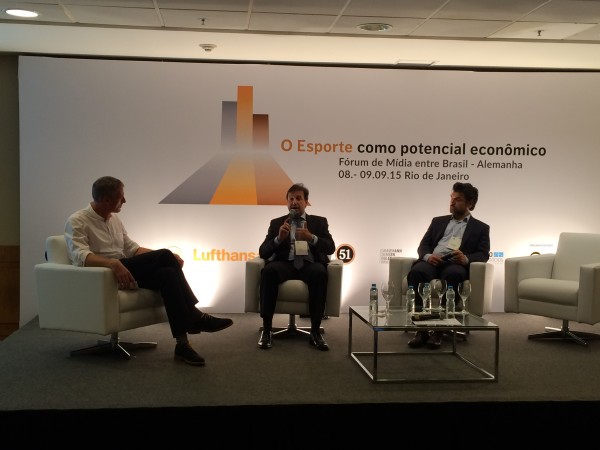 During the panel Business and the Olympic Games: Opportunities and Challenges, Haddad discussed the potential of the Olympic Park area: “Both multi-use arenas at Olympic Park offer interesting opportunities for new operators looking to enter the carioca market”, stated Haddad. He further spoke on the agency’s initiatives to attract foreign investors to the city, putting Casa Rio in the spolight. “Casa Rio will be the stage for a business event calendar that will begin in early November and will go on until the end of the Paralympic Games, in September next year. The prediction is that 3.000 companies and 16.000 executives pass through Casa Rio”, he stated.