Business Director of Energy for Rio Negócios, Jeferson Soares, confirmed during the Subsea Expo fair – in Aberdeen, Scotland – the sector’s trend towards investments to optimize efficiency and reducing operational costs in the area of Subsea. Soares participated in workshops and seminars related to underwater oil and gas exploration technologies and performed technical visits to companies and strategic institutions for the sector in Aberdeen and Newcastle, two of the largest O&G hubs in the United Kingdom. 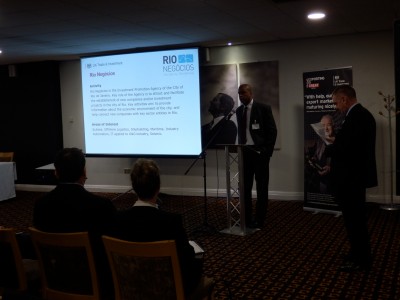 For Soares, the possibility of exchanging knowledge in a time of global crisis is very important. “It’s fundamental to listen to companies and institutions in the UK oil and gas sector, getting to know their outlook on the international context for the sector at this time and see which measures these companies and institutions are taking in order to advance short and long term. It was very interesting to confirm the trend, since it’s also seen in Brazil, of investing in technology to optimize operations and reducing costs”, stated Jeferson.