Rio Negócios participates in Dialogue with the Future lecture cycle 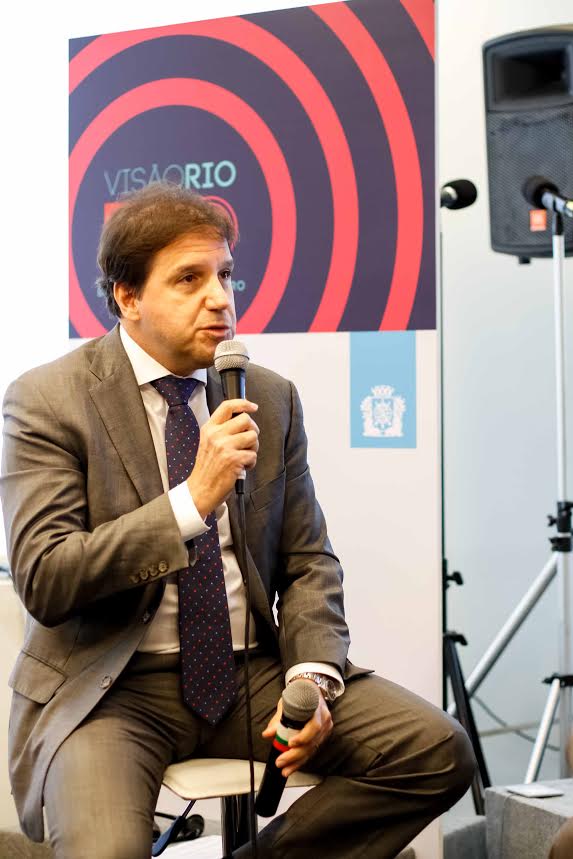 Marcelo Haddad, president of Rio Negócios, participated this Thursday (20/08) in the Dialogue with the Future lecture cycle, in which representatives of municipal government, academics and members of civil society discuss the next 50 years for Rio de Janeiro. Haddad moderated the first panel of the day, focused on the Sports, Tourism and Logistics sectors within the city’s economy. The panel had the participation of Paulo Fleury, founder and CEO of of the Logistics and Supply Chain Institute (ILOS), Mauro Osório, economist and professor at UFRJ, and Edgar Diniz, Vice-president of Sports at Turner

“We are talking about people who reflect in different sectors of the city and represent several economic vectors. With that, we have the chance to liven up the paths in which Rio can proceed, in terms of possibilities”, said Marcelo Haddad. “There is also the idea of provocation of how can we improve public policy in benefit of our economic development. We left here today outlining Rio de Janeiro’s position for upcoming issues, such as the need to invest in public policies for senior citizens. That represents the inditement of a public-private policy that Rio must have as one of its development projects for the next few years.

Still on Thursday, Marcelo Haddad participated in the Sports Marketing seminar promoted by University of California, Berkeley. The event is part of the Brazil Immersion Week, in which 76 participants of the university’s MBA for executives program are offered an intensive course on local economy, with the objective of better understanding what makes Brazil special in an international economic context

While presenting the work of Rio Negócios, Marcelo Haddad pointed out the role played by major sporting events in attracting foreign investments to Rio de Janeiro. “The most important Olympic legacy is the improvement of the city’s infrastructure, which makes it much more appealing for foreign investors”, said Haddad. Among the improvements, he highlighted the expansions made in ports and airports, as well as the state of the art data transmission backbone being installed in the city.”We will be the top-ranked city in data transmission speed in Latin America. That directly impacts sectors such as creative industry and research and development”, he added.