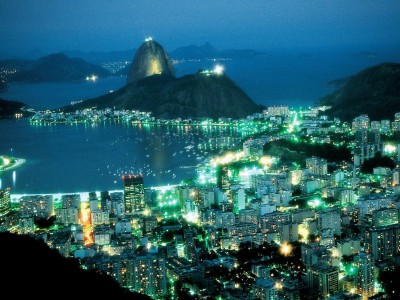 Close to the opening of the Columbia University innovation center in Rio de Janeiro, Rio Negócios, the city’s investment promotion agency, celebrates the result of the study which places the city as the smartest in Brazil. Conducted by Urban Systems consulting, Rio de Janeiro topped the ranking of 700 cities surveyed.

The study analyzed 70 indicators of 11 areas of public management. The analyzed areas were: economy, education, entrepreneurship, energy, governance, environment, mobility, urban planning, health, security, technology and innovation. “The work of Urban Systems validates the strategy designed by the Rio Negócios technical team in 2010: of the 11 areas of public management evaluated by the study, six are economic sectors mapped by the agency as vectors for sustainable development, explains Marcelo Haddad, president of Rio Negócios. “With that focus, we managed to attract considerable international investments, especially for energy, technology, innovation and education, as well as having high quality projects developing in entrepreneurship and turning the discussion towards innovation in health”.

In the path to innovation, the US$ 500 million to install the GE Global Research Center is also in the Rio Negócios portfolio. The project was strategically placed at UFRJ Technology Park, where other companies were allocated, forming one of the city’s technology hubs. Another example of Rio de Janeiro’s capability in innovation comes from the expansion of creative industry – moved by companies developing, producing and distributing goods and services based mainly in creativity and intellectual capital. Entrepreneurs in the sectore have found in the city a favourable environment, with five technology parks and 23 incubators, about 6% of the country’s total. In all, business in the segment move R$ 13 billion annually, making Rio the second largest creative economy hub in the country.

In education, Columbia University – one of the most esteemed institutions in the US – is putting the finishing touches on the establishment of the Rio Innovation Hub, another partnership with Rio City Hall facilitated by Rio Negócios. The center will develop real and applicable solutions for the city’s urban challenges.

In the past five years, Rio de Janeiro received US$ 30 billion in foreign investments, generating 57.000 new jobs. A considerable amount of investments directed toward the city are going to the Porto Maravilha project, which will revitalize a 5 million m2 area in the port. When finished, it will be a model of sorts of how a smart city should function, with residential and commercial buildings, VLT, bikeways, recovered green area and communications infrastructure.