“Rio is much more than a city: it is a statement,” says Executive Director of Media of Twitter in Latin America 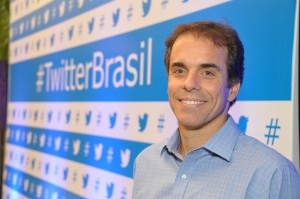 The year 2014 was a watershed for the Twitter Brazil. “In the year of the World Cup and presidential elections, Twitter was the largest sofa in the world, allowing people of Brazil and the world to talk without borders and viralizassem your posts before as mobilizers content,” says the Executive Director of Media of Twitter in Latin America, Carlos Moreira Jr.

“The Brazilian found on Twitter and only on Twitter the fastest way to connect with the direct source of his passions so public (without barriers) in real time (information in chronological order) and unfiltered (with power user and not with an algorithm) “, he explains. “The only downside being the year end,” he jokes.

For the executive, Rio – where Twitter has a strategic office, with activities aimed at big media industry players in Brazil, as Grupo Globo, and the Olympic Games in 2016 – is much more than a city . “Rio is a statement. There is no way to be in Brazil and not be in Rio,” said.

“The planned investment in Rio is still and growing,” he says.