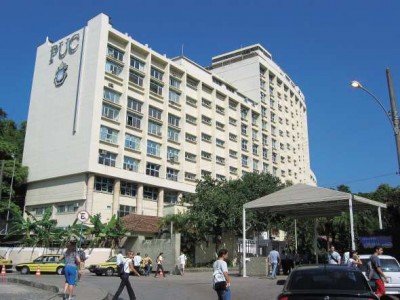 Rio de Janeiro will host from Decmber 1 to 3 the 41st EIBA (European International Business Academy) Annual Conference. The first edition to happen outside Europe, the event will take place at the PUC-Rio Business School. Over 400 participants from 37 countries, such as England, France, Finland, Sweden, USA and Austria have signed up. Brazil leads that particular ranking with 20% of total registrations.

There have been 450 papers submitted, signed by over 1.000 authors from 61 countries.

For Prof. Jorge Carneiro, one of the event’s chairs, “the realization of the 41st EIBA Annual Conference at the PUC-Rio Business School is recognition of the successful process of internationalization being undertaken by Brazilian companies, as well as Brazilian researchers, ever more present in international forums”. He adds that “the attraction of scientific papers and authors from several different countries indicates Brazil’s relevance for the academic world and the recognition of PUC-Rio as an important research center of internationalization of companies”.

Professor Pervez Ghauri, editor-in-chief of the scientific publication International Business Review, will perform the opening keynote speech discussing interaction between multinationals and governments. The opening ceremony will also feature professors Ana Tereza Tavares (Center for Economics and Finances of the Universidade do Porto, Portugal), Seev Hirsch (Tel Aviv University, Israel) and José Rubens de La Rosa (member of the BRICS Policy Center Business Council and member of the Board of Directors of Marcopolo), who will receive the title of “Honorary EIBA Fellow 2015″. Among the other speakers in the Conference include the president of FINEP, Luis Fernandes; the Director of Marketing at Totvs, Alvaro Cysneiros; the Head of the GE Center of Execellence for Latin America, Pablo Vera; and the President of Britt Group in Costa Rica, Pablo Vargas.