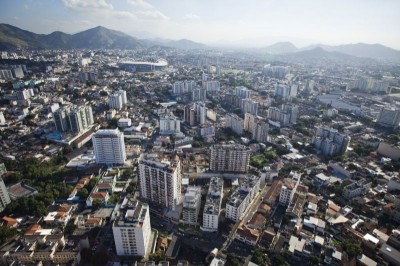 Improvements in transit ways connecting the North Zone to other areas of the city and investments in public safety, coupled with an increase in purchasing power for local residents, have made the region the new focus for real estate investments in Rio de Janeiro. According to data from the Real Estate Market Company Directors Association of Rio de Janeiro (Ademi/RJ), from 2000 to 2014, 39.695 units were launched in the North side of town, with a 420% increase in the square meter value, from R$ 1.331 to R$6.916.

According to the president of Ademi,  João Paulo Matos, the buyers, people already living in the North Zone, search for more complete units – with varandas, outdoor grills, pool and close to public transportation. Therefore, the club-condo concept has been well received and contractors that only raised buildings in the Zona Sul-Barra axis have begun to bet on the region.

Research conducted by the Brasil Brokers Group demonstrated the liquidity in commercializing new ventures: 78% of the apartments in 87 residential vertical developments launched in the past two years were sold.