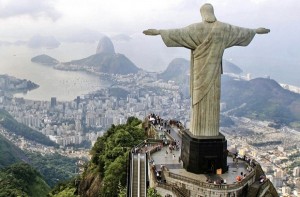 A study conducted by Fundação Getúlio Vargas-RJ estimated that Rio de Janeiro is to receive na extra R$ 1,17 million in tourism revenue on account of domestic tourism, due to the amount of prolonged holidays in 2015.

In a national level, the prolonged holidays will represent a R$ 18,66 billion bolster in domestic tourism, with na increase of 10,9 million trips. There will be six holidays – Tiradentes, Labor Day, Corpus Christi, Independence Day, Dia de Nossa Senhora de Aparecida and Finados – which will add 20 days to the domestic trip calendar in 2015. The figures are not comparable to 2014 due to the distortions caused by the World Cup, however, the Tourism Ministry still predicts an expansion in the sector for this year.

According to research, the average expenses for tourists in Rio state is R$ 1.319.09 per trip, over the average for São Paulo state, R$ 1.101,80, but below states such as Rio Grande do Sul and Bahia. According to Salles Lopes, that’s because the dislocation for the Brazilian tourist to these locations is usually longer, seeing as over half the country’s voyagers come from the Southeast region – which favor car trips to Rio and São Paulo, for example. Domestic trips represent 85% of the total tourism expenses in the country.

The current exchange rate situation, with the dollar around R$ 3, should also provide a further boost for domestic tourism as a preference for Brazilians, related to traveling abroad, in the opinion of Torusim Minister, Vinicius Lages. “Tourism is a sector that contributed to the economy because it generates productive inclusion, income and employment for Brazilians. Also because it’s a sector that purchases a lot from industry: from bed linens, food and beverages to automobiles and airplanes. In a year with several prolonged holidays, combined with an exchange rate favourable to domestic travel, tourism will maintain double-digit growth rates  in some segments and contribute to the economic development of Brazil”, said Lages.