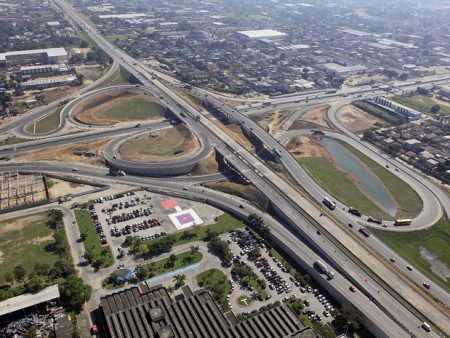 Innaugurated a year ago, the Metropolitan Arc – highway which connects the ports of Açu and Itaguaí, passing through Baixada Fluminense – has already attracted investments of R$ 5,3 billion to Rio de Janeiro state. According to the State Economic Development Secretariat (SEDEIS), 25 companies, among them P&G, Rolls Royce and Decahave already opened facilities in the highway corridor, generating at least 3.300 direct jobs.

The expectation for the next few years is even more promising, with an area of 58 km2 throughout the Arc’s surroundings have already been identified to house new industrial districts. “The Arc creates favorable conditions for consolidation of outside investments because it facilitates cargo transportation logistics. In parallel, it increases the competitiveness of industry located in the stat. Itaguaí port, for example, which moves around 150.000 containers per year, has the ability to increase that volume”, said the Secretary for Economic Development of Rio de Janeiro state, Marco Antônio Capute.

Capute also points out the development possibility of cities around the Arc as another important asset made possible by the construction of the highway. “This is already happening with the installation of new companies in the location. Besides, when you open the new road, the government can remove from Avenida Brasil the transportation of cargo import and exported by the state, improving traffic conditions for tens of thousands of people using the highway daily. Which means it’s a logistical enterprise of extreme importance for Rio”, said the secretary.