Investment in Brazil: infrastructure and industry


According to a report produced by BNDES, an investment 30% higher than in the previous four years is expected in the country between 2013 and 2018. Infrastructure and the industrial sectors, which are strongly accelerated in Rio, stand out. 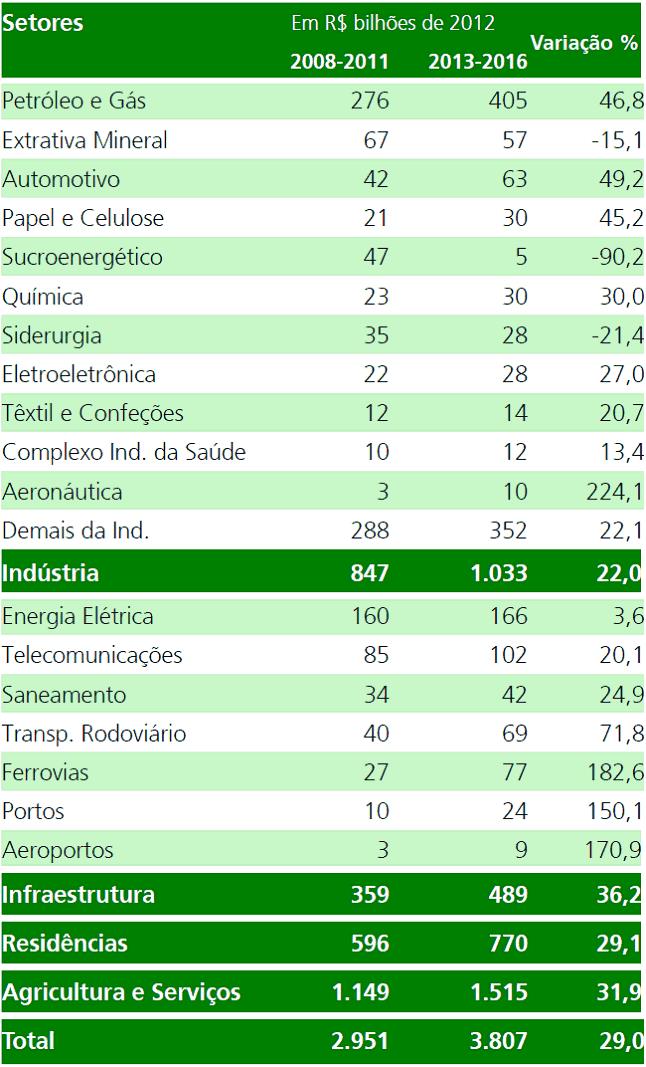 According to a survey produced by Rio Negócios, the country currently has 1 trillion reais in infrastructure projects, divided as follows: 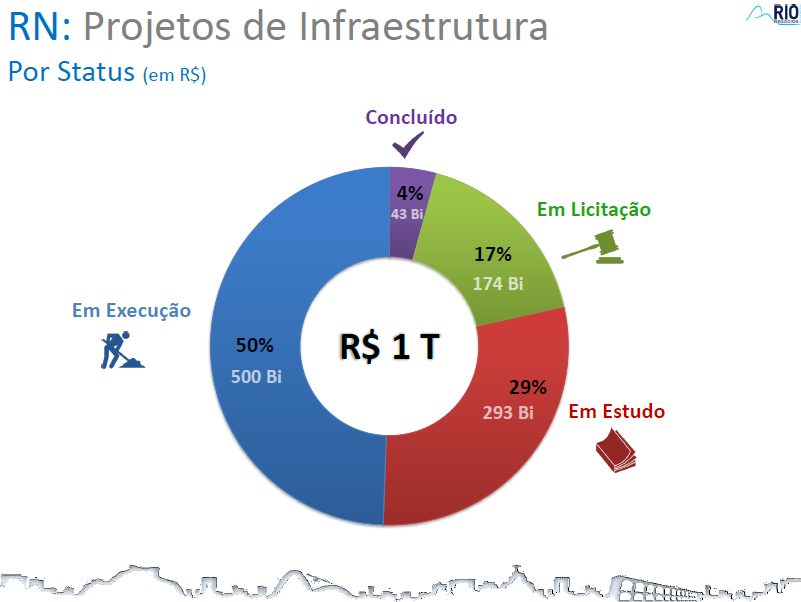 – 33% of projects in bidding process;

– 6% of the projects under research.

The agency also found that the country has 650 billion Reais in projects in the energy sector: 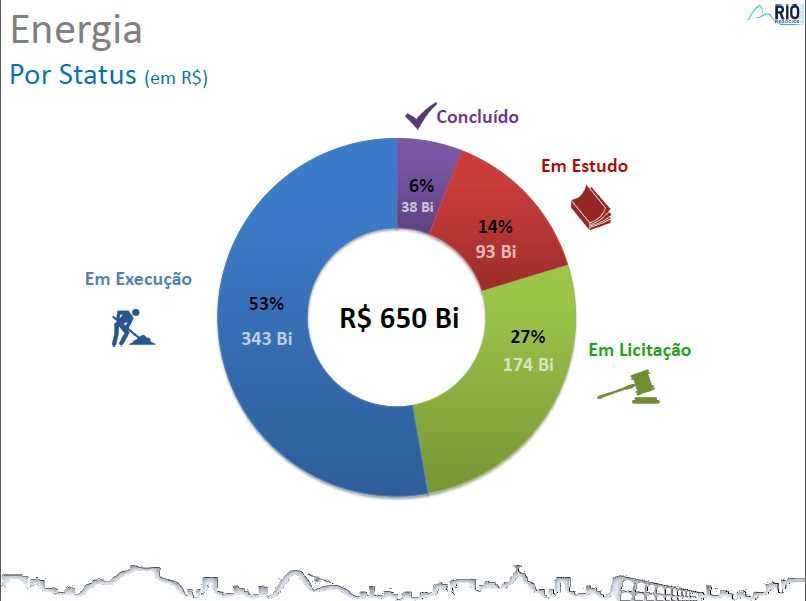 – In the chain of oil and gas, which are the main investment opportunities?

Ricardo Cunha, Department Head of Supply Chain in Oil & Gas BNDES: The O&G sector plays a fundamental role in the economic and technological development of the country. In terms of investment, the Investment Perspectives Newsletter, published by BNDES in February 2013, puts the O&G sector in a leading position in the period of 2013-2016, with planned investment of around R$ 400 billion, an increase of almost 50% compared to the period of 2008-2011.

Much of this investment will take place in the country, thanks to the local content policy for exploration and production of O&G, which has been implemented with great accuracy, especially after the 7th Bid Round of the ANP carried out in 2005.

With regards to the stage of development of the production, such as, for example, construction equipment which will be used in the production phase, many projects are currently being constructed to be installed in fields which were bidded before 7th Round. This means that future developments will generate a chain reaction even stronger than in the past, due to a successful local content policy.

The resumption of the auctions promotes new dynamics in the production chain. In October 2013 will take place the auction in Libra field with reserves estimated in a value of between 8 and 15 billion barrels of oil. This field should contribute to an increase of between 50% and 100% of Brazil’s current reserves. In November 2013, will be the 12th Round, whose focus is natural gas.

Therefore, the prospects are quite favorable for the O&G industry and its supply chain of goods and services, especially when analyzed in the long term. In the coming years, half of the market for subsea equipment may be in Brazil and new products and processes must be developed to meet the demand of the pre-salt region. Today, there are big challenges for the production in ultra-deep waters in the pre-salt region. Several multinational companies have brought their research centers to Brazil and the Brazilian government has sought to encourage the industry.

An example is the Program Inova Petro, a partnership between BNDES/FINEP/ Petrobras. The main focus of the program are technologies for surface equipment, subsea facilities and wells. The list of technologies for second call was published on the 08/06/13 and the announcement, itself, will be released in October 2013. This is a good opportunity for companies in the supply chain to understand what the main technological demands of a great player in the industry are and, if appropriate, direct the technical progress according to demands. The 2nd call is not only for technologies for production in the pre-salt region, also includes technologies for unconventional gas exploration.

2 – Which models of the Investment Program in Logistics (transportation) tend to attract more attention from international investors? Is there a forecast of private investment in the four models for the coming years?

Dalmo Marchetti, Department Manager of Transport and Logistics at BNDES: All models that are part of PIL have the prospect of private investment. Some of them, however, have defined regulatory framework and still others rely on more detail, which may require a little more time.

In the first group are located, for example, the set of nine groups of road concessions, two airports to be granted to the private sector (Confins, in Belo Horizonte e Galeão, in Rio de Janeiro) and private use of terminals outside the public ports.

In the second group, dealers in new rail operating models defined for the sector and new terminals leased in public ports and granting new public ports.

The expected investment in the four models is expected to exceed R$ 163 billion in the next four years.