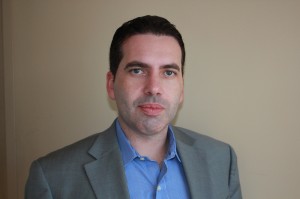 1 – What are the challenges and opportunities of the sector after the MP615?

Until recently, 94 in 100 credit and debit card transactions in Brazil were processed by two companies, Cielo and Redecard that for about 15 years were the only two providers of the service in the country and held exclusivity on purchases using Visa and Mastercard.

Despite the pressure from the government to increase competition, the measures chosen are rare and bring little change in practice. The shop owners are yet to afford the high transaction fees, maintenance fees, among other fees. In addition, they continue to be obliged to pay rent for two or more credit card machines, to use the machines that have more than one provider of the service (for example, Elo and Amex are still exclusively used by Cielo), involving approximately 30% of its net margin revenue. This shows that a huge part of the market was neglected.

We hope to change this scenario, making it simple to accept payments by credit card and debit cards, as well as cash payments. Safely and efficiently, without a registration fee, monthly rental fee, maintenance fee, cancelation fee etc. Zero beaurocracy. In addition we offer free for shop owners a point of sale device and an integrated management system, inventory control system, reports and general administration of the business.

2 – Do you have an expectation of the growth of the market?

Looking at the current scenario – with the penetration of smartphones and tablets in the market doubling every year in Brazil (IBOPE), an annual growth of 20% in the number of users of credit cards (ABECS) and incentives for the formalization of small businesses, as well as the security of electronic money for shop owners and clients – the potential of a secure, mobile and inexpensive payment system and of a low cost like Zoop is huge.

According to the Brazilian Association of Credit card services (Abecs), in 2011 debit card purchases circulated US$100 billion. This number is expected to increase, mainly because of the sporting events that Brazil will host. According to Visa, during the World Cup, which was held in South Africa in 2010, foreign tourism promoted an increase of 70% in the use of cards.

Together, these 5 million small businesses today represent 200 billion dollars in financial transactions that could occur in part through cards and electronic transactions. By 2015, that number is expected to reach 10 million small and medium sized businesses and individual entrepreneurs.

In a global scenario, according to a survey released by Juniper Research, the expectation is that by 2015, the mobile payment Market is expected to reach the milestone of 670 billion dollars. The three main drivers of this growth will be the mobile point-of-sale, Mobile Ticketing and payment transactions via NFC (Near Field Communication).