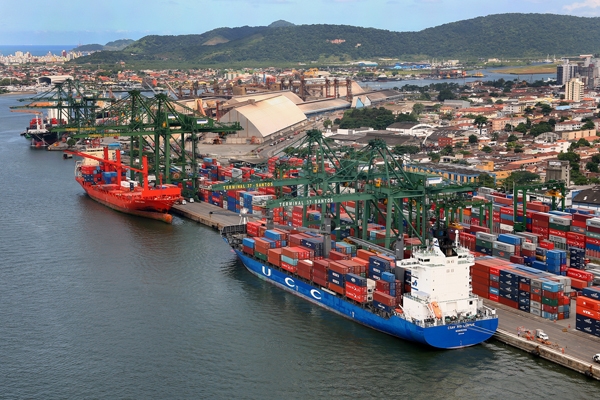 The Port of Rio de Janeiro will begin the process of dredging their access channel in the beginning of 2016. The service order to mobilize the equipment was signed this week (17/12) by the minister of the Port Secretariat (SEP), Helder Barbalho. At the end of the dredging, the port of Rio will be able to receive general cargo vessels with a capacity of up to 78 higher than the current, improving conditions for foreign trade. The consequence will be the reduction of transportation costs and the increase of navigational safety, reducing the so-called “Brazil cost”.

This will be the second phase of the dredging, which means the actual construction on the main access channel. During the first phase, which started in December 2014 by the Van Oord/Boskalis Consortium, R$ 5,124 million were spent developing the Basic and Executive Porjects, as well as the necessary measures to acquire the environmental licensing for construction. The investment in this new phase will be of R$ 204,876 million. The contract has a duration of 20 months.

The public investment paves the way for other port works to the tune of R$ 1,5 billion. The Libra Group and Multiterminais have already announced investments of R$ 1,02 billion, including the expansion of two terminals, both to 800 meters, with two slips of 400 meters each, predicting the docking of larger capacity ships in the near future.

There are still predictions of lease biddings by the end of 2016 of four areas of the port of Rio de Janeiro, as well as requests for advance extension of contracts and authorization for contruction of Private Use Terminals (TUP) under analysis by the SEP, among which are the ones made by Triunfo Logística and Exxonmobil Química. All of that will result in the generation of up to 5.000 jobs and direct impact on the production chains of the pharmaceutical, automotive, oil & gas, chemical and steel sectors.