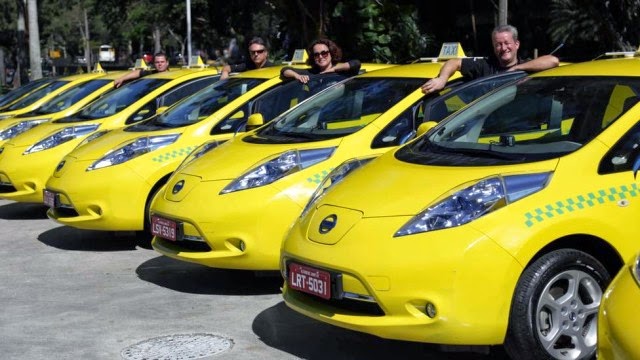 The Work Group (GT) analyzing the implementation of infrastructure to disseminate the use of electric vehicles in Rio de Janeiro and the installation of a factory in the state has met again this week (25/11) after the publication of Resolution 97, responsible for removing the Import Tax for vehicles of that category.

The Import Tax exemption had been lobbied to the federal government since at least 2013, when the group was created. Up to the end of October, when the resolution was published, the tax’s aliquot was 35% for electric cars.

One of the first actions undertaken by the GT to boost electric vehicles was led by car manufacturer Nissan. In 2013, the company launched the Electric Cab Program in Rio de Janeiro, a partnership with the Rio Energy Capital program, Rio City Hall and BR Distributor. The project began with two cars, and currently has 15 electric Nissan Leaf models circulating around the city, producing zero emissions. In these two years, the vehicles covered 90.000 kilometers without any need for maintenance other than tire changes.

Coordinated by Rio Energy Capital, the Electric Vehicle Work Group has the participation of other branches of the state government, such as the Environment, Science & Technology, Transportation and Economic Development secretariats. Also in the group are representatives from Nissan, BR Distributor, electric power distributors Light and Ampla, Rio Negócios, Inmetro and BNDES.