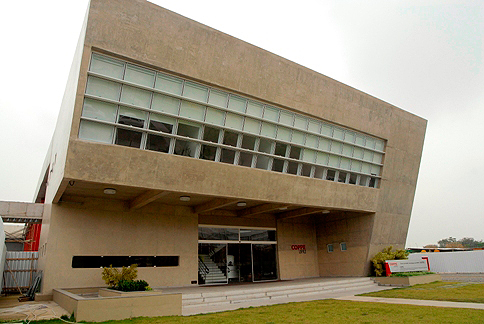 Coppe-UFRJ received a contribution of R$ 768.000 from Vallourec for the development of its Electron Microscopy Nucleus, opened on September 14. The lab is the most advanced in the country for characterizing materials for engineering and bioengineering, with microscopes capable of mapping the chemical composition of materials, identifying the atom and its relative position, and able to perform three-dimensional reconstructing of phases and precipitates.

“A major aspect that sets the lab apart is its capability to perform the mapping in high speed, due to the transmission microscope’s configuration, which has four X-ray detectors built into its column. An analysis that previously took six hours now can be made in minutes”, explains Luiz Henrique de Almeida, professor at Coppe and coordinator of the Nucleus.

The agreement between Coppe and Vallourec predicts that the French multinational will have access to studies and analysis related to metalurgy and equipements used for microstructural analysis of materials. The experiments conducted at the Nucleus will span several areas, such as the development of new polymers and catalysts, separation by membrane processes and research into catalysis for the oil and gas sector.