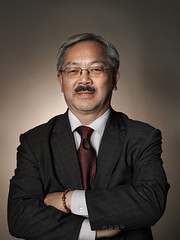 The most extensive business program ever conducted in Brazil, Casa Rio, starts its activities today, March 17. It’s the beginning of a six month schedule of activities, until the end of the Olympic Games, between conferences, business rounds and presentations on investment opportunities in the city, adding up to over 40 events focused on attracting investments

“In six months we intend on presenting the new environment and new business opportunities in Rio de Janeiro to 2.800 decision makers from 800 companies and, with that, attract up to 40 projects in the next two years”, evaluates Marcelo Haddad, president of Rio Negócios, the city’s investment promotion agency, which is responsible for conceiving and executing the Casa Rio project.

The focus of the conferences at Casa Rio will be themes related to energy, hospitality, life sciences, infrastructure, technology, financial services and creative industry, areas in which there has been interest from investors who came to Rio in the past year.

The opening will have the participation of the mayor of Rio de Janeiro, Eduardo Paes, and the mayor of San Francisco, Edwin Lee, in the panel themed “The impact of major sporting events in cities and companies’ long term goals”. The event will also feature executives from companies sponsoring the Rio 2016 Games.

Casa Rio will have its conferences from March to September, at Museu do Amanhã, which has already become na icon of the city.

Panel with CEOs from companies sponsoring the 2016 Rio Games