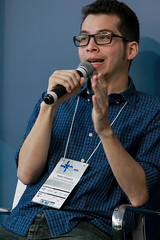 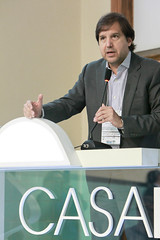 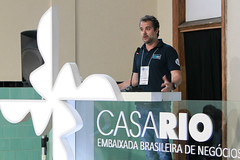 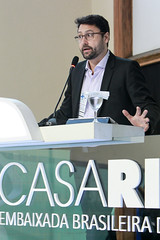 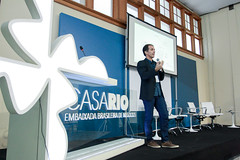 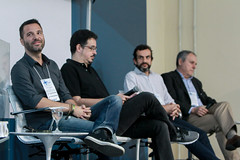 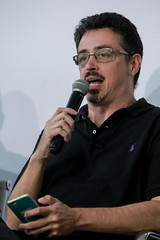 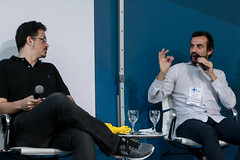 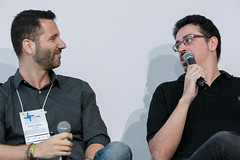 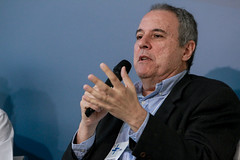 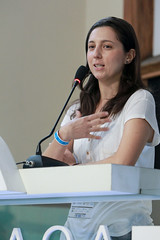 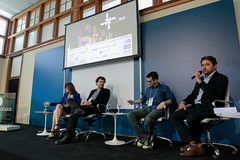 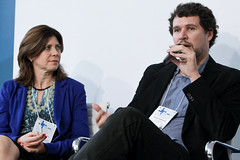 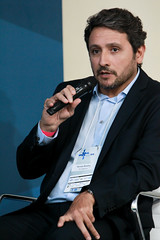 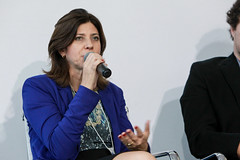 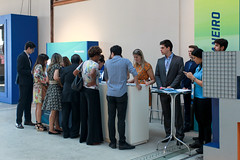 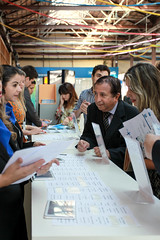 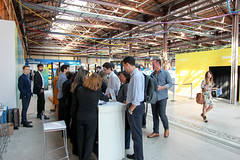 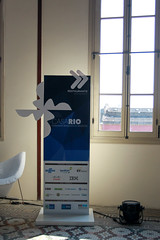 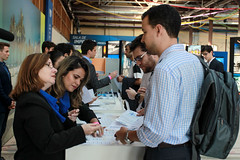 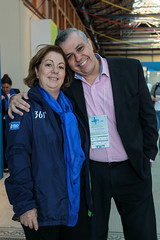 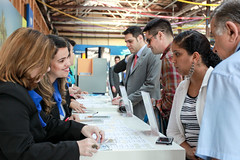 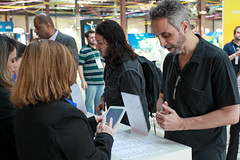 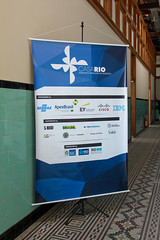 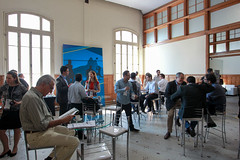 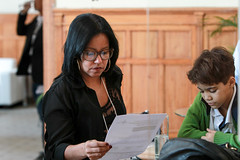 The digital production chain of Rio de Janeiro and Brazil was represented during the Digital Media & Games conference of Casa Rio, the most extensive business development program in Brazil, this Wednesday, August 17, at Espaço Rio, on the Olympic Boulevard.

The event had opening remarks by Pedro Perácio, chief digital officer at Rio City Hall; and Claudio Lins de Vasconcelos, National Culture Economy Secretary. Perácio spoke on the city’s experience establishing partnerships in order to improve cariocas lives by uniting the Center of Operations’ technology with the data provided by citizens. Vasconcelos discussed the importance of investing not just in technology, but on quality of the contente presented as well.

The first session of the conference began with a keynote by Carlos H. Moreira Jr., Executive Director of LatAm Media at Twitter. Moreira spoke on the tendency for brands to use the advances in social media analysis to direct their actions, looking to engage the public.

Following that, the first panel discussed the challenges in monetizing brands through transmedia platforms. The panel featured Daniel Japiassu, CEO of Ydreams Global; Daniel Conti, General Manager of Vice Media in Brazil; José Colagrossi, Executive Director of IBOPE Repucom; and Sérgio Sá Leitão, Journalist and CEO Escarlate. The panelists agreed that there has been a drastic shift in how new generations consume content and how that fact determined the new relationship between brands and media companies when producing content. “The important is creating content which reflects the values of the brand as well as of the platform, since the public will respond to something genuine”, stated Daniel Conti.

The second session began with a keynote by Regina Chamma, Head of Google Play for Latin America, who spoke on the support to the local games and apps producers in the midst of international competition. According to her, the Brazilian gaming industry is still in its early stages. For Regina, na environment must be created in which developers can reach their potential – be it through education of investments – and platforms can create ways to monetize.

The second panel discussed the stregthening of the regional gaming production. Featured in the panel were Luciane Gorgulho, Head of the Department of Economics of Culture at BNDES; Arthur Protasio, founder and creative director of Fableware; Carlos Estigarribia, CEO of Leela Games e Renato Botelho, director of Business Development at Rio Negócios.

In Luciane Gorgulho’s view, the sector now has better ways to finance their development. “The bank identified the industry’s potential, its role in culture and the need to finance its development. An example of BNDES’ commitment to the sector is that the Audiovisual Sector Fund made, in 2016, its first contribution to a gaming company”, she stated, referring to the R$ 1,5 million invested in digital game development for Aquiris Games, from Porto Alegre.

Arthur Protasio pointed out that the improvement of the business environment creates the opportunity for creating a gaming industry hub in Rio de Janeiro, taking advantage of the proximity to the country’s audiovisual creative center. “There is potential for game developmen using already established intelectual property that doesn’t come to fruition because of a lack of dialogue between both sides”, stated Protasio.

SESSION 1: HOW TO MONETIZE YOUR BRAND IN TRANSMEDIA PLATFORMS?

SESSION 2: HOW TO STRENGTHEN THE REGIONAL PRODUCTION OF GAMES?

Luciane Gorgulho – Head of the Department of Economics of Culture, BNDES