31 July 2012, London: During the London 2012 Olympics, Rio Negocios, the business investment and facilitation agency for the city of Rio de Janeiro have been hosting a number of events in London to showcase the opportunities available to investors in this exciting city. On Monday 30th July 2012 an event was held at Somerset House, the home of Casa Brasil, to discuss with prospective investors the business opportunities available in audio visual industries in Rio de Janeiro.

With major events such as the FIFA World Cup 2014 and the Olympic and Paralympic Games in 2016 as well as significant changes to the laws around foreign investment in audio-visual production mean that the opportunities to invest in creative industries are huge.

“The great news about the Rio AV industry is the change in the law about foreign investment, we expect to see production triple”, Marco Altberg, President, Brazilian Independent TV Producers Association (ABPI-TV)

“The story is now, and it is the time to invest, best of all it will only get better as time goes on”, Jana Bennet, BBC World

“The thing to remember is that there is a huge opportunity in Rio. Brazilians want to consume new technologies and experiences. We have so much talent, so much enthusiasm, so much opportunity”, Marcelo Haddad, Executive Director, Rio Negocios

Genesis Institute in operation for 14 years, producing 145 companies in the market, generating revenues of USD 534M and creating 9.500 jobs 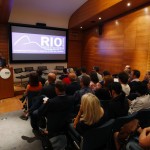 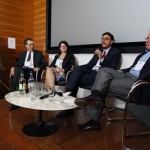 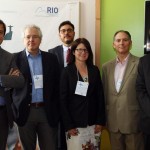 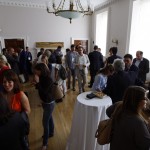