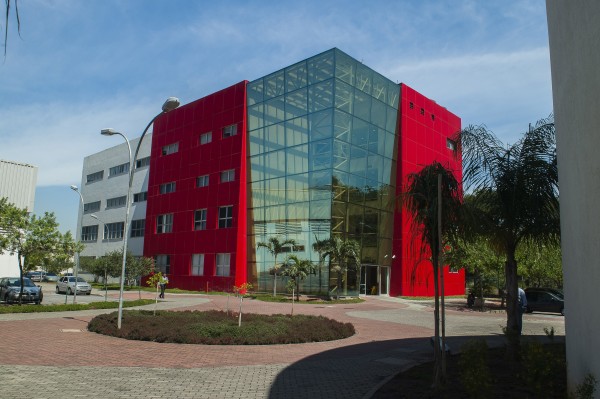 Cinstruction for the Ambev Research and Development Center, located at the UFRJ Technology Park, are in full swing. The center, which should be opened in 2016, will have investments of R$ 180 million and house over 50 researchers, as well as an Experimental Brewery at the ground floor of the new building.

The goal for this initiative is to develop new products, from beer to tea. It will be the second of its kind in the country — the first one is located in Guarulhos — and the seventh worldwide for Anheuser-Busch InBev (AB InBev), of which Ambev is a part of. The key element that differentiates the Rio unit from its paulista counterpart is that the new center will have experimental plants which will allow for testing in a far smaller scale than a normal brewery. To test a new beverage, it would be possible to produce smaller batches than a conventional factory, reducing costs.

As with the other companies installed in the park, Ambev will be subjected to a special tax treatment. Among the benefits is the deferred ICMS on imports and domestic acquisitions of machines to be used on the unit.